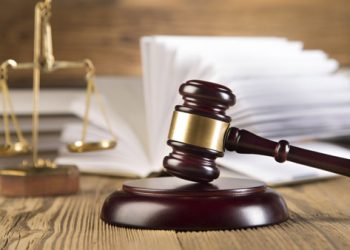 A state court judge in California has taken up a question that has confused many insurance agents and brokers over the years: What the heck is “guidance?”

Kahn granted summary judgment in favor of Thrivent, which is a Minneapolis-based life insurer, and against Betty Yee, the California controller.

In California, the controller is the official in charge of handling unclaimed life insurance death benefits and other types of unclaimed assets and dormant accounts.

The controller’s office has an incentive to maximize the amount of unclaimed assets it takes in, because the state adds the money to its budget and uses the money while waiting for the owners to show up.

Thrivent sued over the handbook sections in 2015, arguing that the controller’s office had adopted what amounted to harmful regulations through an informal process, without providing the kind of public comment period proposed regulations would have received.

Yee has argued in court pleadings that the handbook is an informal batch of guidance that describes best practices, not a set of regulations.

In a pleading filed June 25, Yee argued that the death dormancy trigger is simply her office’s interpretation of what Section 1515(a) of the state unclaimed property law, means not a regulation.

The interpretation is not a regulation for two reasons, Yee said:

1. The controller’s office has not applied it generally.

2. Even if the interpretation were applied generally, it’s the only legally tenable construction of Section 1515(a) of the unclaimed property law.

Yee made a similar argument about the nature of the external database section.

Section 1515(a) could also have multiple legally tenable interpretations, because Thrivent thinks the dormancy trigger should be the time when an insurer learns that an insured is dead, not the date when the insurer “had reason to know” the insured is dead, Kahn writes.

The controller’s office can adopt its life insurance death benefit dormancy trigger interpretation and its external database interpretation as formal regulations, or it can get lawmakers to adopt those requirements in the form of laws, Kahn says.

Until the office adopts the requirements through one of those mechanisms, the controller’s office must stop enforcing or threatening to enforce the requirements, Kahn writes.

The office “must remove all references to those regulations in the materials they disseminate to life insurance companies unless accompanied by a conspicuous disclaimer that the purported requirements of these two regulations are merely defendants’ views and do not have any legal effect,” Kahn writes.

A copy of the ruling is available here.

Officials from the controller’s office could not be reached immediately for comment. It was not clear whether the office is planning to file an appeal.

Thrivent has welcomed the ruling as a victory for its California members.

Thrivent believes the controller’s interpretation of Section 1515(a) would have improperly cut down on the time a life insurer has to locate beneficiaries before turning death benefits over to the state, Thrivent says in an announcement of the ruling.

“Thrivent felt strongly that its members should be provided the period specified under California law for beneficiaries to be located so they can receive the life insurance proceeds they are entitled to,” the company says.

Paul Johnston, Thrivent’s general counsel, said in a statement accompanying the announcement that the new ruling shows that Thrivent has been doing the right things for its members.

“We have complied with California law, as written,” Johnston said. “We were simply challenging efforts by the controller to improperly and unilaterally expand the scope of California unclaimed property laws in an effort to enrich the state government to the detriment of Thrivent members.”

Other California agencies, state agencies outside of California and federal agencies have set many requirements by posting batches of guidance.

During the administration of former President Barack Obama, for example, federal agencies implemented many key parts of the Affordable Care Act by posting batches of guidance formatted as sets of answers to frequently asked questions.

The new California ruling could be a sign that federal and state agency use of informal guidance will face tougher scrutiny from judges.

how can we help you?

Contact us at the Consulting WP office nearest to you or submit a business inquiry online.

Are your competitors talking about you in their boardrooms? Can every employee articulate your strategy and are they empowered to execute on it?

Since Consulting WP’s founding in 1985, strategy has been our core business. We work with companies in every industry to develop strategies that deliver results.

Audrey’s For Insurance Services – Before we give you a quote, we put in our consideration your benefits because we consider you as partners not clients.

What is SR-22 Insurance, and when do you need it?